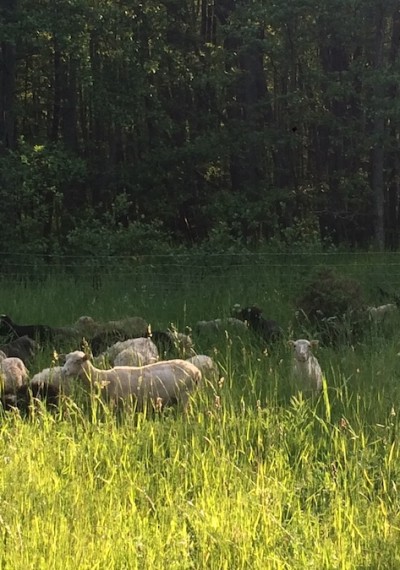 The flock of Skudde sheep arrive in Nida: Shepherds’ Residency at NAC begins

In cooperation with the Curonian Spit National Park and Verpėjos, the artist-run residency and project space in the Dzūkija, NAC has brought a flock of 30 Skudde sheep, owned by artist Laura Garbštiene (Verpėjos), from Dzūkija to Nida. 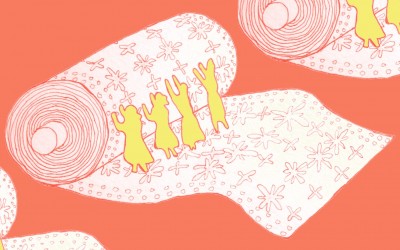 How to conceptualise the links between Alexandra Kollontai, Kreenholm factory in Narva, contemporary feminist art and the history of working-class women in Estonia? 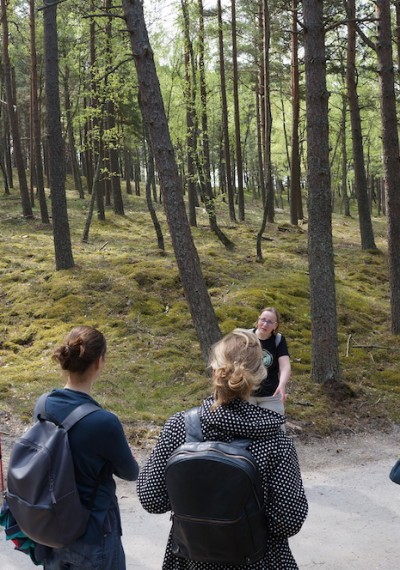 Photo: Sound to wear, by Lars-Åke

The Doctoral Department of Vilnius Academy of Arts (VAA) on April 28th 4pm invites you to the online lecture of dr. Vidmina Stasiulytė "Wearing Sound: Foundations of Sonic Design". The lecture is part of the event series Young Doctor Talks (YDT) which present young doctors in the arts and their research trajectories.

Vidmina Stasiulytė has just received her Ph.D. from The Swedish School of Textiles, the University of Borås in 2020. Her background is interdisciplinary - she graduated with Bachelor in Fashion Design and continued her Master's project on Sound in Photography and Media Art Department at Vilnius Academy of Arts.

Fashion is primarily a visual ontology consisting of definitions, theory, and methods that are based on visual language. This research revises fashion by approaching it from a different - sonic - perspective wherein sound is considered not as a negative aspect but as a potential source of a new theory and facilitator of the evolution of new methods. Sound is thus presented not as a secondary quality of designed objects, but as the main idea-generator. The research opens new avenues for design thinking with ears rather than eyes. This thesis explores clothing and fashion from the perspective of listening rather than seeing, sounding rather than showing, and is a form of rethinking and redefining fashion by starting with the statement that dress is sound.

An investigation into sonic expressions is seen as a disruptive fashion practice and could be described as a process of ‘unlearning’ - encouraging one to leave behind pre-existing knowledge of fashion expressions by focusing on something else when defining and designing processes. That something else is sonic expressions. By rethinking the dressed body as a matter of sound gestalt, this research goes beyond existing communication models in fashion design to examine sonic language, wherein foundational definitions play a central role and form the basis for the new practice.

The research topic was defined by identifying the boundaries of fashion and explored alternatives to visual fashion discourse. Rethinking aesthetics and shifting from the visual to the sonic dimension opened up for a new and unexpected concept - sonic expression. This suggested new ways of approaching fashion practice through the exploration of an artistic research methodology at the intersection of fashion, sound art, and sound phenomenology, seeking to extend the potential of alternative fashion expressions. The research addresses an identified gap in knowledge through the Sonic Fashion Ontology, which constitutes new, foundational knowledge of sonic expression. The research findings challenge existing theory with new terms, definitions, methods, and tools, and show the importance of understanding fashion as a platform for new knowledge production and critical thinking, along with unlearning and rethinking preconceptions of what dress is and could be. Furthermore, the results have implications for ways of thinking in design in relation to e.g. diverse communities such as the visually impaired.

Vidmina Stasiulytė is a researcher, lecturer, and artist whose work merges the field of non-visual aesthetics, sound embodiment, somatic design, and social inclusion. Her background is interdisciplinary - she graduated with Bachelor in Fashion Design and continued her Master's project on Sound in Photography and Media Art at Vilnius Academy of Arts.

These two later merged into a Sonic Fashion when doing the doctoral research. She received her Ph.D. from The Swedish School of Textiles (within the international doctoral training programme ArcIntexETN), the University of Borås in 2020. Vidmina's doctoral thesis “Wearing Sound: Foundations of Sonic Design” investigated the dressed body as a temporal form and sonic expression.

Her Ph.D. research was granted by the European Union’s Horizon 2020 Research and Innovation programme under the Marie Sklodowska-Curie grant agreement No. 642328.

The talk is moderated by dr. Vytautas Michelkevičius