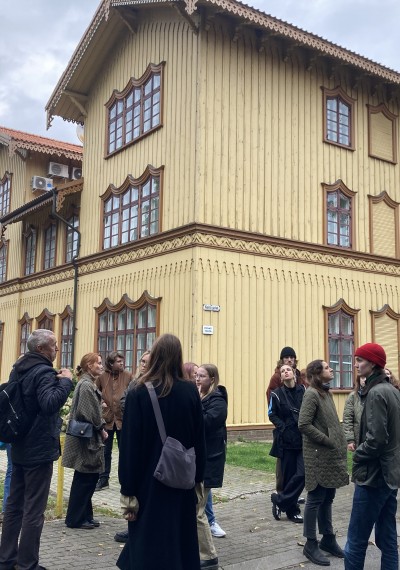 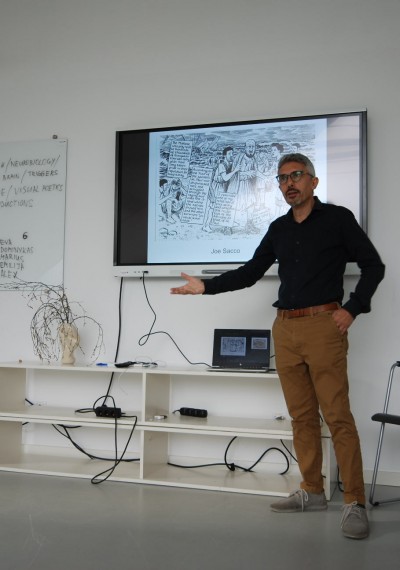 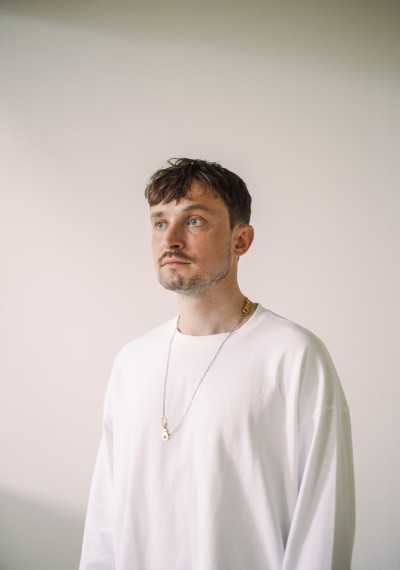 Since the beginning of the year Vilnius Academy of Arts hosted two international events: KUNO express courses Ghostology 5 and Ghostology 6.

These expanded workshops continued on a path trail-blazed by the previous 4 sessions conducted in Montepulciano, Italy; Tallinn, Estonia; Panemunė, Lithuania and Liepaja, Latvia. Both events attracted a large number of Scandinavian students and also students of Vilnius Art Academy—24 and 11 participants respectively, and resulted in number of valuable outcomes.

30 students from across the KUNO network fine arts academies attended the workshops in Vilnius and have had very fruitful cooperation and enjoyable moments.

A wonderful course allowing access to new ideas and people. Never seen so much of a great creative output produced in a short time. Wonderful moderation and truly inspiring

Focus of the Ghostology was on revisiting creative strategies and cognitive states leading to conception of an artistic project. Taking a break off the mainstream and ever more faster spinning (art)production-consumption cycle, participants asked “why” (I want to communicate this) rather than “how”. Participating art students, who by large were also practicing artists, together with mentoring teacher Žilvinas Lilas, paused a hyper-productive rhythm of a typical art workshop and attempted to conceptualise instead of produce, searching for a rudimentary or fundamentally basic communicative act. Taking Sol LeWitt at his word: “the idea becomes a machine that makes the art”, our relentless ghostologists were trying to figure out how exactly this “machine” functions, what fuels it and what makes its wheels spin? What is the relationship, if any, between the form (the beautiful) and the message (the good)? And what concept or “idea” are made of, and when it flies, what arching trace it leaves behind? Reflecting on art history and treading carefully along a narrow path between realism and surrealism students tried to investigate reality of non-real as well as the act of naming something (as real). Vilnius, the host city of both events, was an excellent starting point to dive into spatial, acoustic, vocal, olfactory, gustatory and myriad of other phenomena, a place where phenomenal is a launching pad for imaginary.

The outcome of the workshop was ignition of individual creative processes resulting into either film, script, short story, optical or acoustic recordings, animated or performative projects among many other possible artistic embodiments. Also, no less valuable was the joy of being, exploring and doing things together, which lead to a spontaneous, yet unforgettable exhibition at the premises of the Vilnius Art Academy.

Student accommodation and travel expenses were funded by the Nordplus/KUNO network.