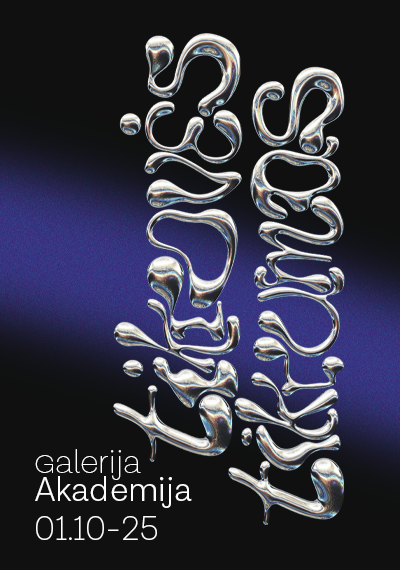 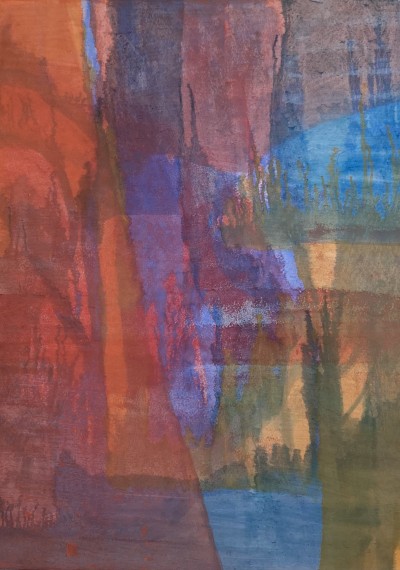 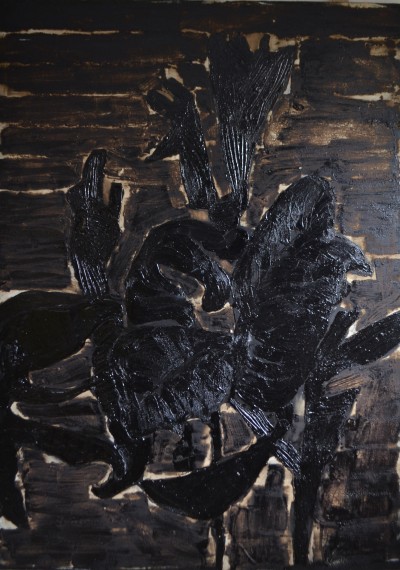 Being open about bad experiences poses a threat - you might become an angry mythological beast that came to overthrow the state, family and morals.

While observing the socio political position of the LGBTQ+ community and the constant controversies that appear in public regarding that subject, i have to choose a way - do i hide, stay silent and watch how my and other people's identity is being dehumanized, demonized and is becoming a myth through ignorance, or should i be open and publicly argue about my humanity?

Or maybe i’ll be open about my experiences, but at the same time become that angry beast that continues to ruin the world? Sometimes you just want to have fun with that absurd and demonic identity that was applied to you by others.

Alex Kochan is a graphic arts masters student at Vilnius Academy of Arts. Most works featured in the show were created with traditional printmaking techniques - woodcut, intaglio (aquatint), some are drawings on paper. A part of them are from his 2021 bachelors project “Trans mythology”, the works analyse the harm of dehumanisation to a transgender persons identity. Other prints are a part of his masters project. It continues the theme of identity, but from a different perspective - why is it sometimes better to apply a non-human visual identity to yourself? The same narrative can also be applied to illustrations that feature solid black demonic creatures.

In this show there is a search for parallels between borrowed medieval visuals of a freedom seeking unicorn, dog headed humans, demons and a “different” queer identity.