Dissertation theme "The Representation of a Child in the Mid-18th century – the First Half of the 19th Century’s Lithuanian Art: The Discovery of Childhood".
Supervisor dr. Aistė Paliušytė-Lugovojienė 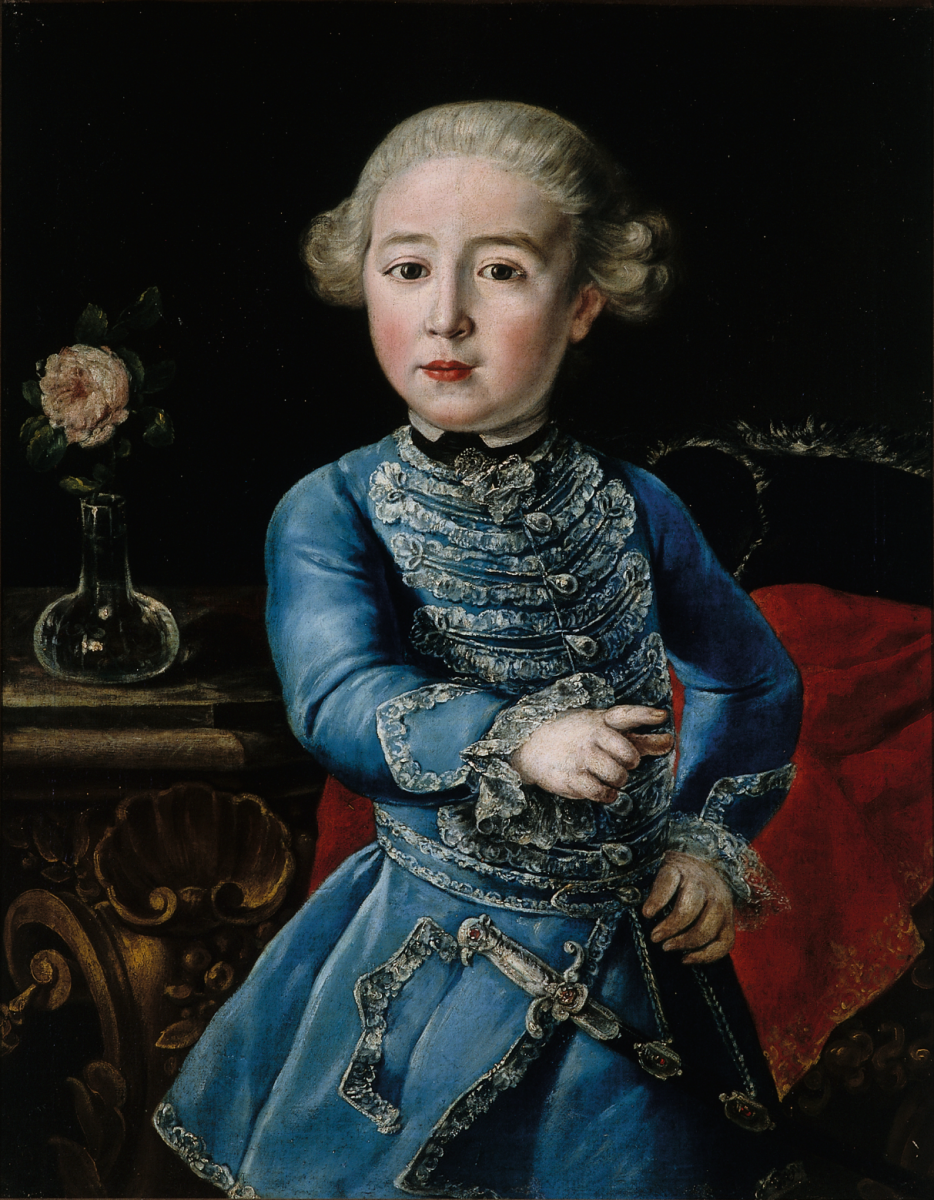 The Unknown Author from the Polish-Lithuanian Commonwealth, A Boy with a Rose, mid-the second half of the 18th century, oil on canvas, 67 × 52 cm, The Samogitian Museum “Alka”, the photography by Kęstutis Stoškus.

The achievements of the research of the secular Lithuanian portraiture of the 16th – the first half of the 19th centuries are admirable. The Lithuanian historiography covering this particular topic – especially the one related to the time period of the Grand Duchy of Lithuania – is abundant and diverse. We boast not only the monographies dedicated to the history and characteristics of the Lithuanian portraits from the 16th–18th centuries, but also a bunch of studies articles and dissertations analysing the separate time periods of portraiture, particular paintings, their groups or their authors. Quite a few exhibitions and the catalogues of museum collections also offer lots of valuable iconographic material. However, some parts of the Grand Duchy of Lithuania’s portrait’s history still remain in the background. These usually are the social or age groups that were rather seldom depicted in the portraits, such as the clergymen of the lower rank, peasants and children. Precisely the latter group’s commemoration in paintings and its evolution in Lithuania was chosen as the main topic of the dissertation.

The aim of the dissertation is to find out whether (and if so, then how) the local iconography of childhood corresponded to the Enlightenment-encouraged turning point of the perception and, in turn, the depiction of childhood, which occurred in the Western Europe during the mid-18th – the first half of the 19th centuries. By taking the examples of the Lithuanian children’s portraits and the wide social and foreign art contexts into account, the research hopes to touch upon the traces of the change which put forward the importance and uniqueness of mentioned stage of life and enabled the young heroes and heroines of the portraits to appear just simply as children instead of the usual “little grownups”.

Thus, the main object of the research is the mid-18th – the first half of the 19th centuries’ secular children’s portraits created in the Lithuanian territory and the country’s historical lands. Even though the biggest amount of the attention is given to the oil portraits, having the modest amount of them in mind, and also in order to form the broadest possible view of the depiction of a child at that time, dissertation also takes a look at the different means of media – sculpture, graphic and etc. The same reasons have also prompted to include the children’s effigies in the group portraits into the research. In addition, the dissertation takes the interest in not only the works by the local painters but also into the portraits of the little ones created by the Western painters which remain in our collections and can be seen as a possible important context or even the direct influence of the development of the Lithuanian children’s portraiture.